A downloadable game for Windows, macOS, Linux, and Android

[Disclaimer - this game is still in development]

Hi there! This is a lewd/erotic/adult/pornographic game featuring characters with androgynous features, some male, some female, some... slime? You play as a feminine guy that looks like a gal, and you do lewd things with guys, gals, monster guys, monster gals, and... slimes? It's a stance-based RPG with rogue-lite elements and a frankly suspicious number of phallus(es? odes?) written, drawn, and programmed by us, the Majalis team*, consisting of two programmers, one artist, one writer - making in all, two! It's a custom built game using libgdx.

If you like feminine characters with dongs, you've come to the right place. However, this game has very few hermaphroditic characters.

We're currently in a beta release phase, so the major systems are done and we're mostly adding new features and content.

Some game features (not all currently implemented):

If you want to support the development of this game, we do have a regularly updated Patreon page with the latest builds, along with unrelated artwork and erotica.

*because of our amazing supporters on Patreon, we now have a composer, a VFX artist, an additional programmer, and an additional animator!

Download the .rar file, extract it into a folder, and click the executable for your chosen platform and you should be good to go!  For Android, load the .apk file onto your device and you can open it - may need to use a file browser app.

StickyKnown Issues (and bug reports)
by Majalis · 373 posts
2d
StickyTranslation Pack Guide
by Majalis · 21 posts
26d
[Tutorial] (Almost) 100% Save File and How to use it
by Evan The Helper NPC · 92 posts
9h
Fatal Error: Coudn't create window
by thatguyhiro · 5 posts
14h
(Translation/Tradução) Tem alguma tradução para português brasil sendo feit...
by Yukkilyn · 7 posts
14h
Help with download
by GalaxyRequiem · 1 post
18h
The Archive is password protected?
by IdleGamer08 · 1 post
3d
Is there a way to copy my android save to PC?
by BillieEilishHugeTits · 5 posts
4d
Tales of Androgyny website??
by synasethic-feline · 1 post
4d
Struggling to open the game
by DegenRen · 2 posts
5d
Post a new topicView all posts 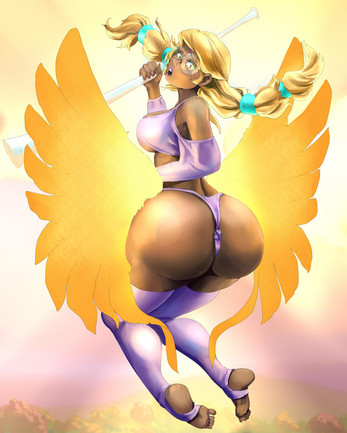